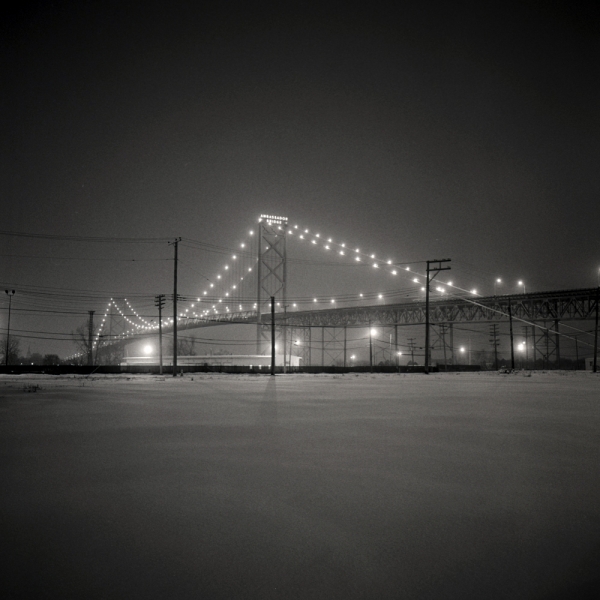 It’s a new year and even thought it’s simply another day, I always go through a bit of angst until I’ve gotten out there and made my first good photograph. Some years, it’s March or April before putting something serious on film, but this year I was determined to get over that hump early. Fortunately the New Year’s snow storm that just passed through these parts gave the inspiration. Nothing like getting out there on a snowy, atmospheric night to burn through some film.  I’ve been doing a lot of exploring again as of late and have to admit to being somewhat shocked at the state of my city. Sure, I see it on TV all the time these days as picking our bones seems to be all the rage. But to go through areas explored years ago and find them in such a rapid state of decline is frightening. The Detroit Spirit is alive and well, but our poor city has certainly seen better days. Here’s to hoping it will again.

Another from a recent talk I did on my music image

I've been asked to do a presentation on my music r

The view from 400 feet directly above the workshop

When in Rome… #yosemite #anseladams #elcapitan