Bad Case of the Measles

So, I’ve been having problems with the “measles” as I’ve heard them called. These blotchy areas that appear on the plates, but not in the film positive. 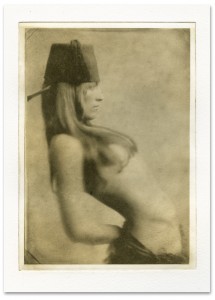 You can see them in the image shown at the right.  The problem is more evident in the smooth toned areas of the background.

Having tested many times over, I eliminated the problem being water spots cased during the drying of the plate after development. I also redid the positives several times over thinking that it was somehow caused there, but found nothing. Then, upon inspection of the plate and film compressed in the vacuum frame of the plate burner and found there were many, tiny newton rings caused by the  contact of the glass and film. These were the culprits.

Now the problem was how to stop the rings. Figuring I was using too much pressure in the vacuum, I dialed back the frame which seemed to help a little, but I was still getting the “measles” although they were more feint.  I then decided to try baby powder, but found it messy and still not a solution when it came to the rings. This brought me back to the clear Krylon spray I use on the emulsion side of the film positive. This is done for the very same reason, prevention of newton rings where the plate and film come into contact. However, I was concerned that using it on both sides of the film would dull the subsequent plate. 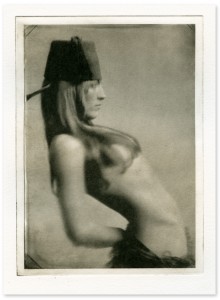 An Ed Ross image for the upcoming book, "Femme Fatale"

What I did was to spray a very tiny amount of Krylon at the non-emulsion side of the film. Almost passing the film through a small cloud of the spray giving it a very slight coating that you can feel more than see. Another plate was made and the problem seemed to be solved. The plate was very smooth in previously blotchy areas and the final print was much better as seen on the right.

I’m now hoping that my images with more smooth gradation of tones will work in the gravure process. We shall see… For now I am happy that I have seemingly crossed another hurdle.

On the Beach #reynisfjara #iceland